I’ve mostly completed wiring. Wiring will transport 3 different types of signals: On, Off, Toggle. There are 3 different types of trigger tiles as well. When going through a dungeon, every doorway has an on trigger tile. When you touch it a charge will be sent to any connected wire. Those charges will trigger whatever triggerable tiles are connected. Currently there are only a few types of triggerable tiles: Dungeon Wall Torches (turns lighting on when you enter new rooms), Spawner Platforms (spawns mobs when you enter new rooms), Blocked Doors (blocks you inside of selected rooms until the mobs are defeated). It’s the foundation for a system that will be used for many different kinds of traps in future dungeons as well.
Here’s a screenshot of a sample dungeon room before wiring: 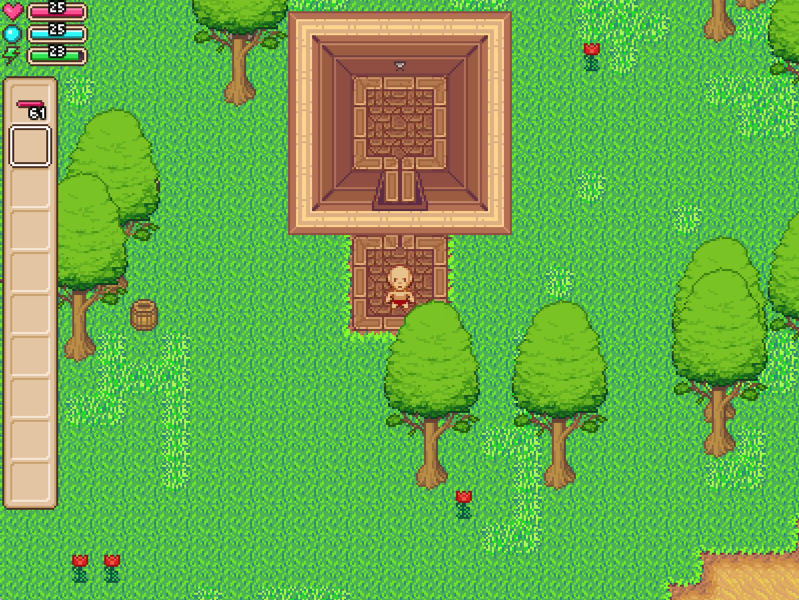 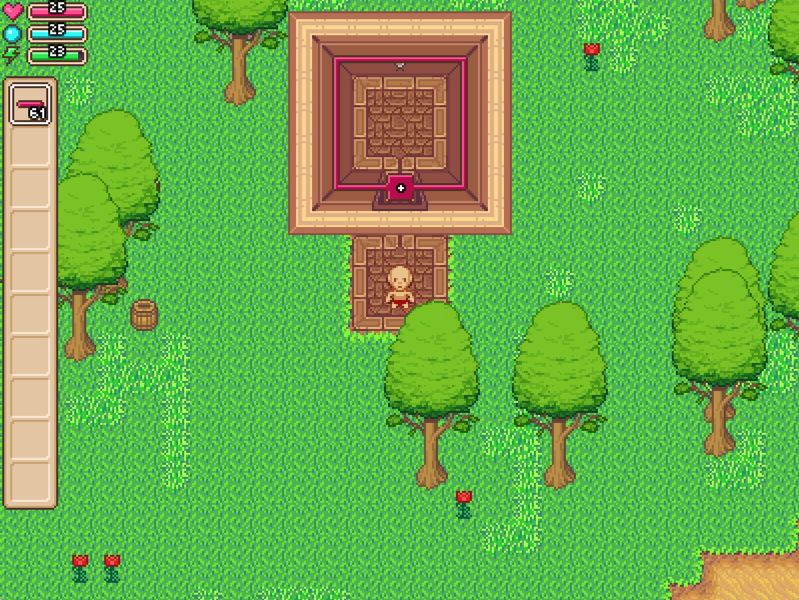 Here’s what happens once the dungeon wall torch has been triggered by touching the “+” trigger switch: 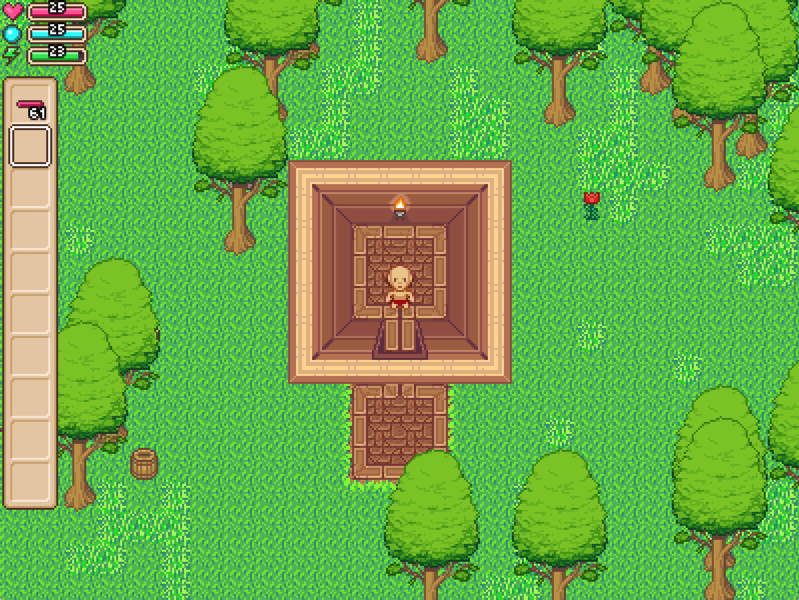 It’s a simple thing but it will add a lot to the world.

Before I end this update I wanted to address a question that was asked recently. When will the dungeon update be released?

Here’s the simple answer: My ballpark estimate is 3-6 months. That is NOT a release date of “by the end of October”. It’s a guess based on what I think I have left to do. So much could change between now and then. If I’ve learned anything about game development since starting Tile Miner it’s that things almost always take longer than expected.