Over the past month we’ve had a ton of fun adding a brand new dungeon. This new dungeon is found by defeating the first boss. He’ll drop a staircase that is capable of going deeper into the underground. Once there you can find new ores, new spells, new potions, new enemies and all sorts of other fun things! On top of this we added some new snow biomes and some new creatures to the overworld. This is a big update! It almost doubles the amount of gameplay! We’d love to have your feedback as we begin making final decisions on what will be in version 1.0. Let us know in the forums! Enjoy! 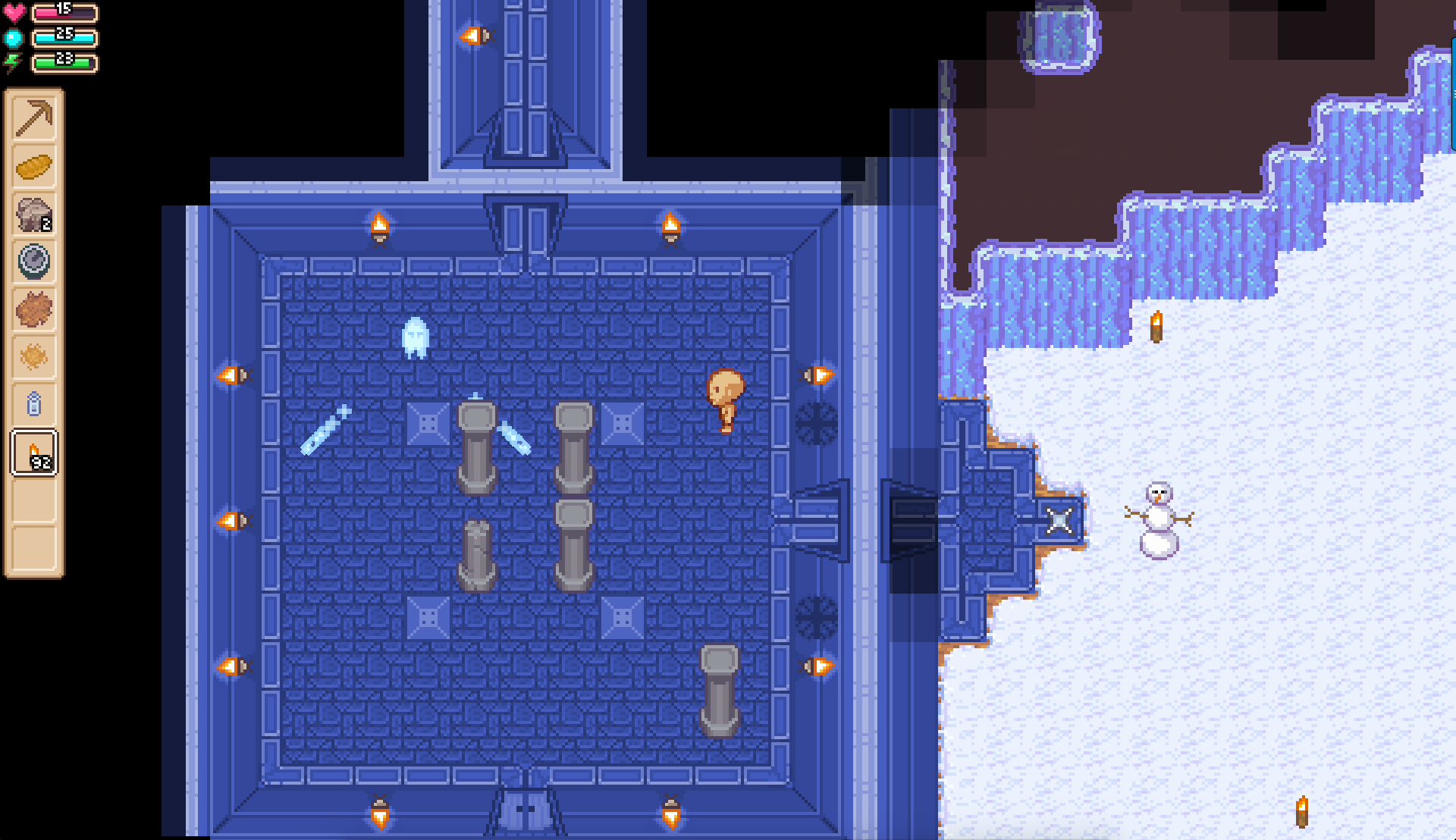 New Features:
* New underground level
* New Ice Dungeon (first dungeon boss will drop an iron staircase that will bring you down to the next level)
* Added tiaga and tundra to overworld
* Added ice
* A few new mobs in the overworld
* New mobs for the new level (we’ll let you be surprised!)
* Level 2 Magic spells for ice and fire.

Enhancements/Balancing:
* made biomes larger
* Moved slimes to first underground level and moved bats to over world

Bug Fixes:
* Fixed some pathfinding issues with mobs (they’d occasionally get stuck)
* Fixed a lighting issue
* Fixed issue that was causing the world to stop loading so big black holes were appearing